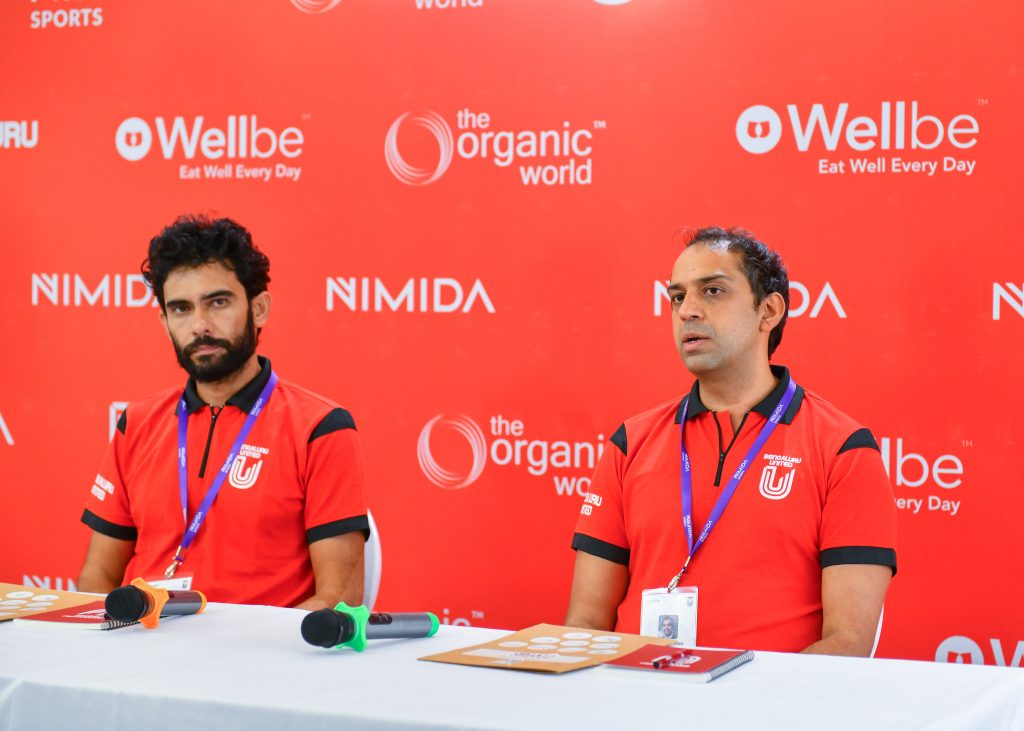 FC Bengaluru United will be hosting their international partners Sevilla FC in the city of Bengaluru as part of the Spanish football giant’s plans to expand their brand in India and other international markets. The top leadership team of the Spanish football club, including their President will visit the city between 7th June 2022 to 11th June 2022. This announcement was made at a press conference hosted by FC Bengaluru United in the city today.

As part of their visit, the club will also be announcing several special projects in collaboration with FC Bengaluru United. These include an online ‘Football Hackathon – Data Driven Players Performance Assessment’, a unique opportunity to effectively use data science in the space of professional football scouting and player performance analysis. The event, jointly hosted by FC Bengaluru United and Sevilla FC will be the first time two football clubs are coming together to host such a Hackathon.

Speaking on Sevilla FC’s visit to the city, FC Bengaluru United Founder Gaurav Manchanda said, “We are excited and honoured to have Sevilla FC in Bengaluru, to experience the city’s passionate football vibe. Their visit marks an important step as we go along the road map of our partnership.

“The Hackathon along with other key events that we have lined up will play a key role in expanding Sevilla FC’s brand presence in India as well as help in technological and developmental innovations in Indian football,” he added.

FCBU appoints John Kenneth Raj as Assistant Coach
Meanwhile, FC Bengaluru United, on Friday, also announced the appointment of John Kenneth Raj as the Assistant Coach of the club to assist newly-appointed Head Coach Khalid Ahmed Jamil. Speaking on his new role, John said, “It’s an honour and privilege to be appointed as the Assistant Coach of FC Bengaluru United. The club has been on an upward growth trajectory and I am confident that together with Khalid, we can build an even stronger FCBU team, capable of achieving even greater accolades in Indian football.”

Speaking on the appointment, Gaurav Manchanda said, “John has been closely associated with Indian football for several years now and brings along with him a wealth of experience. He also has a nuanced insight into our grassroots talent as the Technical Director of the United Academy. I am confident that Khalid and John will be able to harness their skills and experience to guide FC Bengaluru United to even greater heights.”

“Khalid has brought in a fresh way of thinking, some great ideas, and great enthusiasm. We are confident that under his guidance we can build a really strong team to take us to the next level in Indian football,” he added.

Head Coach Khalid Ahmed Jamil also said that he is looking forward to working alongside Coach John as it will help the club in progress to the next step. “I am looking forward to working with Coach John – his experience and keen understanding of the progression pathway of players – from the grassroots to the elite level – will play a major role in setting up plans, tactics, and the roadmap ahead for FC Bengaluru United,” he said.

“It’s been an exciting few days, working with the management, discussing ideas and plans and the way forward. I am looking forward to the upcoming season and am confident of helping FC Bengaluru United move to the next level of Indian football,” Khalid added.