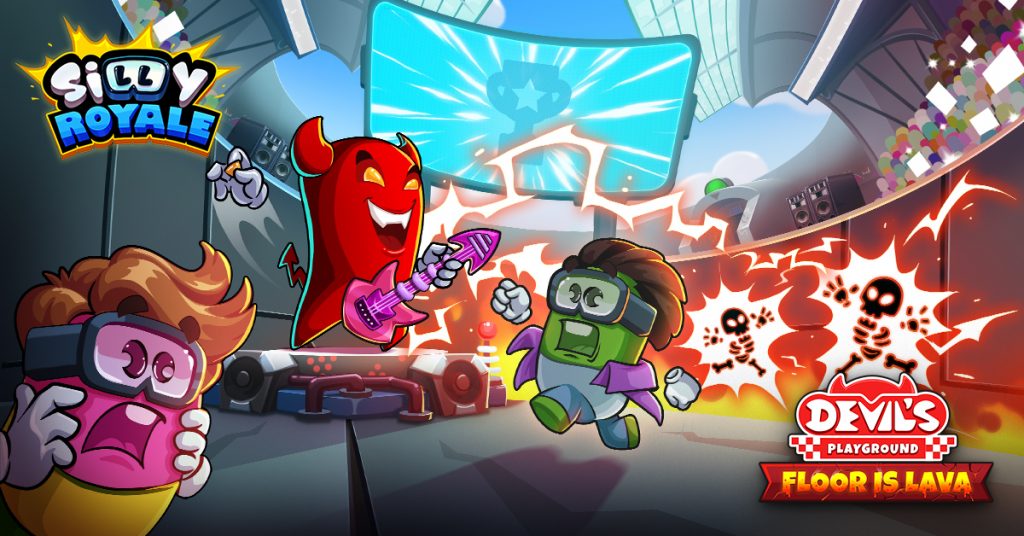 Made-in-India social game Silly Royale gets a new mode — Devil’s Playground. It’s a brand new mode allowing you to squad up with three other players and challenge other squads. Devil’s Playground marks the return of the game’s signature Devil mascot following fan feedback and is the first major original update to Silly Royale following three seasons of content inspired by Netflix’s Squid Game.

The first game available to players in the Devil’s Playground mode is ‘Floor is Lava’. In this game, players have to move around to the tune of music. When the music stops, players will have to pick a zone. One of the zones will be randomly selected as the zone with lava floor resulting in the elimination of players there. The squad of the last man standing will be the winner.

“Devil’s Playground is our response to fans wanting more of the Devil — outside of its presence in our classic game modes,” says Christelle D’cruz, co-founder and General Manager, Silly Royale. “The community has requested original content featuring the Devil and Floor is Lava is the right fit keeping the theme of the new season in mind. We’re thankful for our 18 million players that prefer to spend their time playing Silly Royale, clocking in over 251 million voice minutes since the feature was introduced six months ago.”

The new update also brings new UI elements, streamlined menus and improvements to the popular voice chat feature. Daily missions are also introduced to the game which will give players the chance to win rewards on completing them.