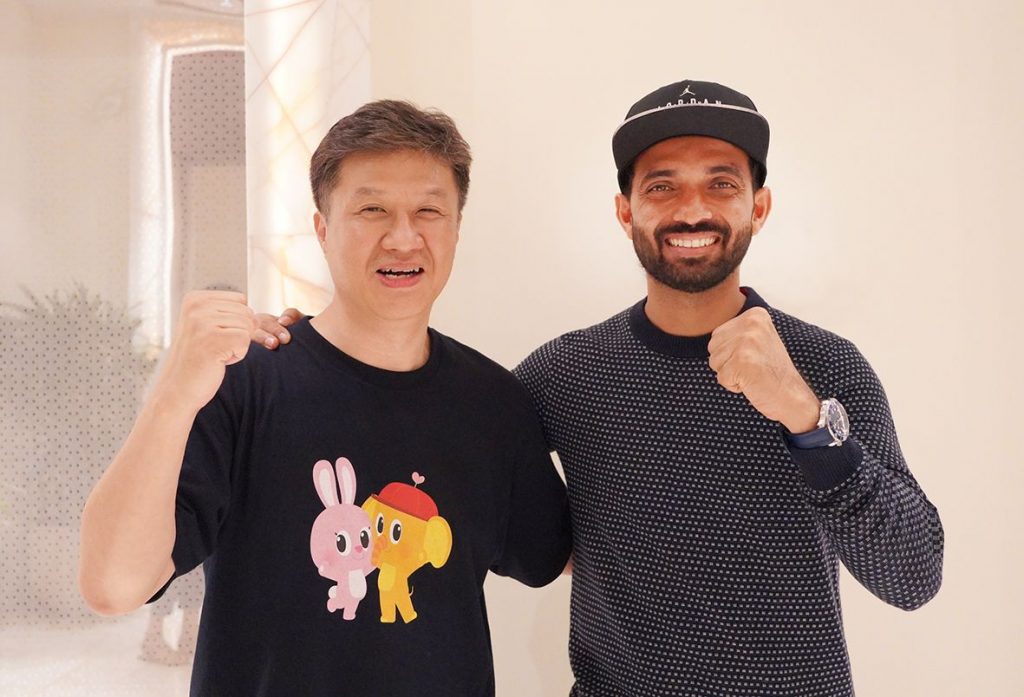 Indian cricketer Ajinkya Rahane has taken the association with You Need character (The Indian entity of You Need Character and the producer of the popular kids’ animation series Cricket Pang) to the next level. Ajinkya who has been the brand ambassador of their kid’s animation series – You Need Character, recently announced his investment venture with the company. He will help the brand reach wider Indian audiences and also encourage kids to actively take up sports.

Cricket Pang, You Need Character’s global animation is being broadcasted on TV and OTT channels in India, Korea and the U.A.E. In particular, You Need Character established a local entity in Bengaluru, India in December last year for its main market, and is actively pursuing various projects using Cricket Pang IP such as; education, character licensing, publication and spatial entertainment.

Minsu Song, CEO of YNC mentioned “I am really happy to have Indian cricketer Ajinkya Rahane, who has been our ambassador since last year, as an investor and shareholder of YNC India, ahead of the start of a full-fledged business in India. India’s love for Cricket knows no boundaries. Among cricketers, Ajinkya Rahane is a player who is loved and respected by all of the Indian people. We are so happy and overwhelmed to be able to share the business of Cricket Pang Animation with such a great player”.

In addition to the Cricket Pang animation brand business, Minsu also mentioned that he plans to establish a scholarship foundation in India with the growth of the company in the future to support cricket scholarships for young children in India with Ajinkya.

Ajinkya Rahane, who has invested in You Need Character’s India entity this time, said, “As a brand ambassador I have been following Cricket Pang since last year. It is exciting to see the kind of love and attention that Cricket Pang has been getting in the Indian Market. Being a sports enthusiast, I am confident about the success stories that will be written by Cricket Pang IP in India. As a shareholder, I will work closely with the brand to ensure our products reach a wider audience in India.”

Meanwhile, You Need Character is preparing to participate in the Indian Education Exhibition DIDAC in Bengaluru, in September, and plans to meet Indian buyers with animation, publication, educational app service, toys and cricket simulators. In addition, Cricket Pang Motion box theatre will start operating at Imagicaa, the largest theme Park in India in October this year with this the company is speeding up its local business in India by making preparations to launch its first Cricket Pang Sports Theme Park, Cricket Pang Land in Bengaluru in the first half of next year.