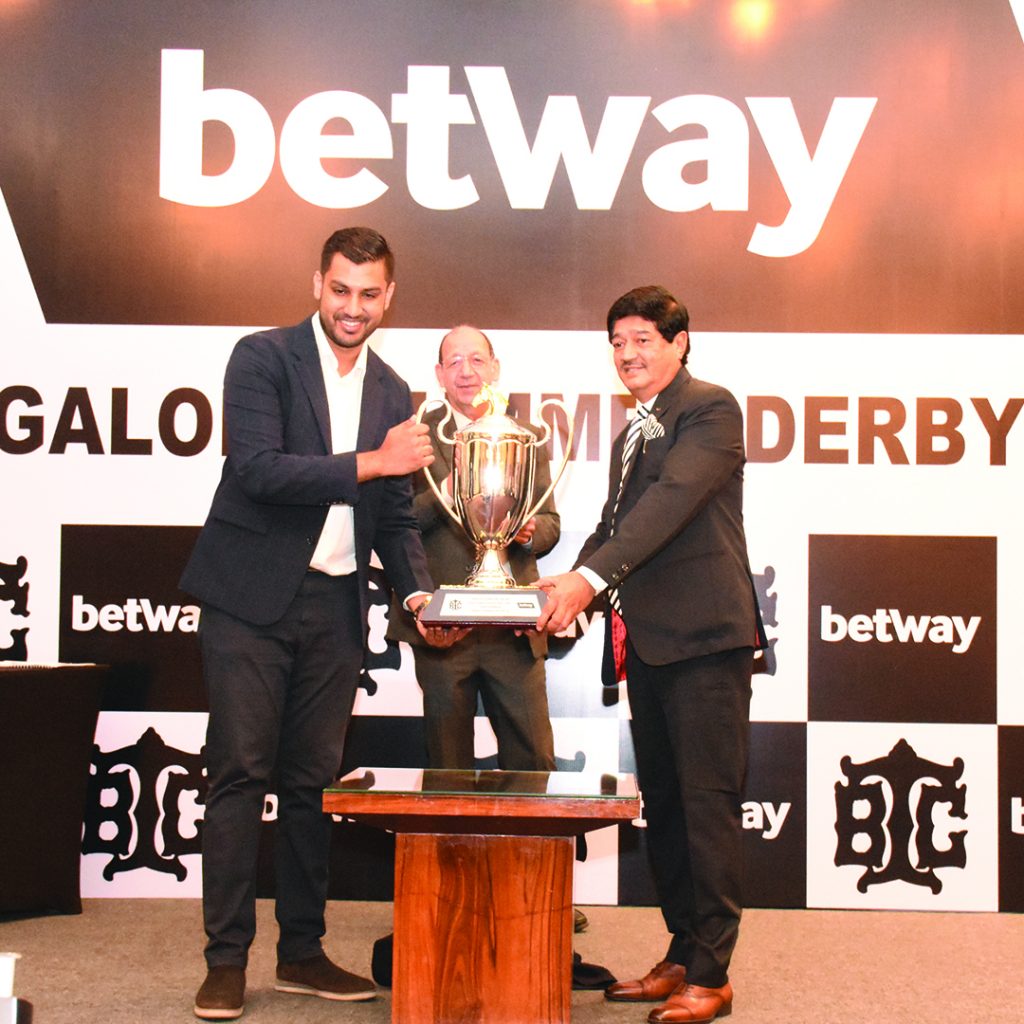 Bangalore Turf Club is one of the most illustrious Turf Clubs in India and the world. With their centenary year in 2022, their annual marquee event, Bangalore Summer Derby is the most awaited race of the year with all the major Horses and Jockeys participating in the race and vying for that shining trophy along with the huge cash prize. With multiple races lined up across the Derby weekend, all eyes are on the prestigious Bangalore Summer Derby with Betway coming onboard as the Title partner for this showdown piece and the race to be called as Betway Bangalore Summer Derby 2022.

The Betway Group is well known in the global gaming and sport community. The brand is associated with top races worldwide namely- Queen Mother Champion Chase (Cheltenham Festival) & Aintree Grand National. Now the name of The Bangalore Summer Derby will be added to their Horse Racing Prowess.

On this special occasion, Mr. Uday Eswaran, Chairman BTC, says “We would formally like to welcome the Betway Group to our family here at the Bangalore Turf Club (BTC) on the grand occasion of the Betway Bangalore Summer Derby 2022. Summer Derby is the marquee race in the calendar and the association with Betway is only making it more illustrious. We look forward to Betway’s continuous support and opening up more borders for the BTC.”

With a formal Press conference taking place on 15th July, 2022 in Bangalore, the trophy unveiling took place and the partnership was formally announced. During the announcement, Rohan Gupta of Sport Ex Consultancy was present and spoke on how valuable this partnership will be. “We have always worked for structuring partnerships between stakeholders who have similar ideals and objectives. Opening up avenues for Betway in the Indian Horse Racing circuit is a truly momentous occasion and will surely pay rich dividends going ahead. I believe, with this we can look ahead at creating good propositions for Horse racing in India and opening up more opportunities for partnerships. We look forward to this association with Betway and BTC, with many more to follow”.

Raghav Nagpal of Sport Ex Consultancy says, ” Betway has been and is a global name in the Horse Racing industry. With them being synonymous with this sport, this partnership is of the most befitting nature. Indian Horse Racing is an industry which has been there for decades and it is about time that we have such partnerships to promote and make the sport even bigger in India. We hope to structure more such avenues for Betway going forward with the Bangalore Turf Club and other Turf Clubs in India”.

Betway Bangalore Summer Summer Derby is scheduled to take place on the 17th July 2022 at the Bangalore Turf Club. Sport Ex Consultancy, a sports marketing consultancy, has been instrumental in structuring this partnership.