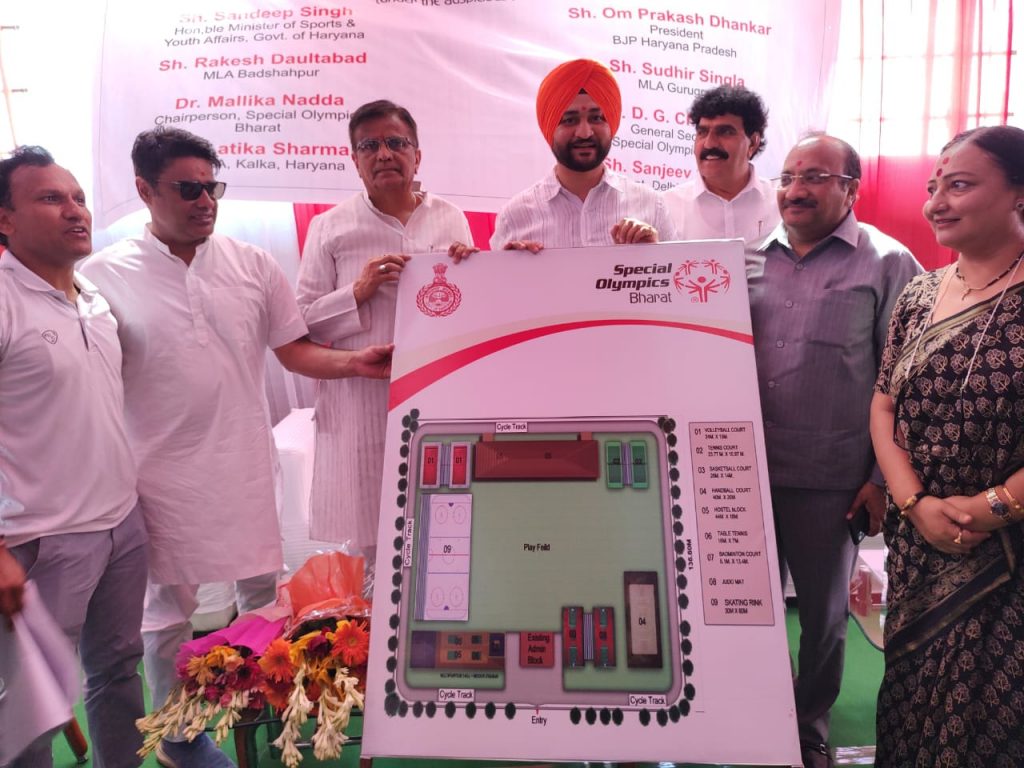 Haryana Govt on Friday announced its decision to assign the Daulatabad Stadium, Gurugram, to Special Olympics Bharat at an event held in the stadium with approx. 300 persons in attendance. The facility will be utilised for regular sports practises and inclusive engagements on and off the field. With this monumental development, the state has once again reiterated its belief in sports as a universal catalyst to change and progress. Supporting the State Govt, different communities like the panchayat (village council), and gaushala association (Animal Protection organisation) present at the event, readily confirmed (enthusiastically &aloud in unison) their support to the cause, awarding additional space for sports, thereby increasing the allotted area from 8 to 15 acres (6.07 hectares). They even offered to provide free milk to the Athletes during their training sessions.

The celebrations began with the symbolic tree plantation, wherein 15 trees (guava, mango, amla) were planted within the premises by the distinguished guests. Keshav Malik a Special Olympics World Games Medallist (Athens 2011) and a member of the State Chapter Committee, planted the first tree. As planned by the Area Director of the state, Mr Virender Kumar, the stadium will be maintained by renewable energy sources. With an eco-friendly approach, the stadium will be regularly reviewed by a core committee that would include an athlete, State govt representative, sports expert, architect etc. from diverse and relevant fields

The Stadium which will be utilised for regular sports practises and national tournaments is likely to get functional in the next six months. The layout will accommodate 10 indoor and outdoor sports including, cycling, football, handball, roller skating lawn tennis, basketball and Table Tennis, Powerlifting, Badminton & Judo. The facility is likely to benefit over 1500 Athletes residing in the district.

The various representatives of the State Govt addressed their future plans of making Inclusive sports part of the State Disability Sports policy. Along with state Govt jobs to the World Games medallists, they announced their intentions of paying pensions to those who are unemployable.

Addressing the audience at the event, Dr Mallika Nadda, Chairperson SO Bharat said, “I express my heartfelt gratitude to the State Govt of Haryana who have assigned a stadium specifically accessible to the Special Olympics Athletes. Haryana is taking giant development strides in multiple directions. These are the Athletes who represent India at the World Games and many other international events, making their states proud as well. It is the responsibility of all communities and individuals, for mainstreaming & providing the special Athletes with a life of dignity and respect.”