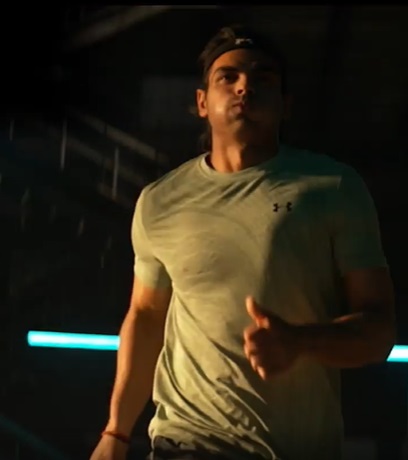 Underdog Athletics, the exclusive distributor and licensee for Under Armour in the Indian market, has partnered with Olympic gold-medallist Neeraj Chopra to endorse the brand. As part of the partnership, Chopra would appear in the marketing and brand campaign of Under Armour in India, which manufactures and sells footwear, sports and casual apparel.

Neeraj Chopra said, “I believe that the right athletic gear makes a significant difference in an athlete’s performance, and I look forward to using the brand’s innovative products to further improve my fitness and perform better.”

Underdog Athletics Managing Director Tushar Goculdas said this move is an important part of the company’s strategy to build sustainable long-term growth for Under Armour in India.

Presently Underdog Athletics operates 28 Under Armour stores in 18 cities across the country. The brand which had entered three years before has plans to expand further by adding more stores. “Our expansion plans are to open about 8-10 stores every year and to continue that pace over the medium and long-term. We want to have steady and sustainable growth in the country,” said Goculdas.

On the current market share in the sports wear segment, Goculdas said Under Armour is a recent entrant in the category and despite that its share is in “high single digit.” With the partnership with Neeraj Chopra, the brand Under Armour would have a better appeal and visibility among the customers, Goculdas added.

“I think the future is very bright and we are looking at the next several years as very optimistic,” he said.