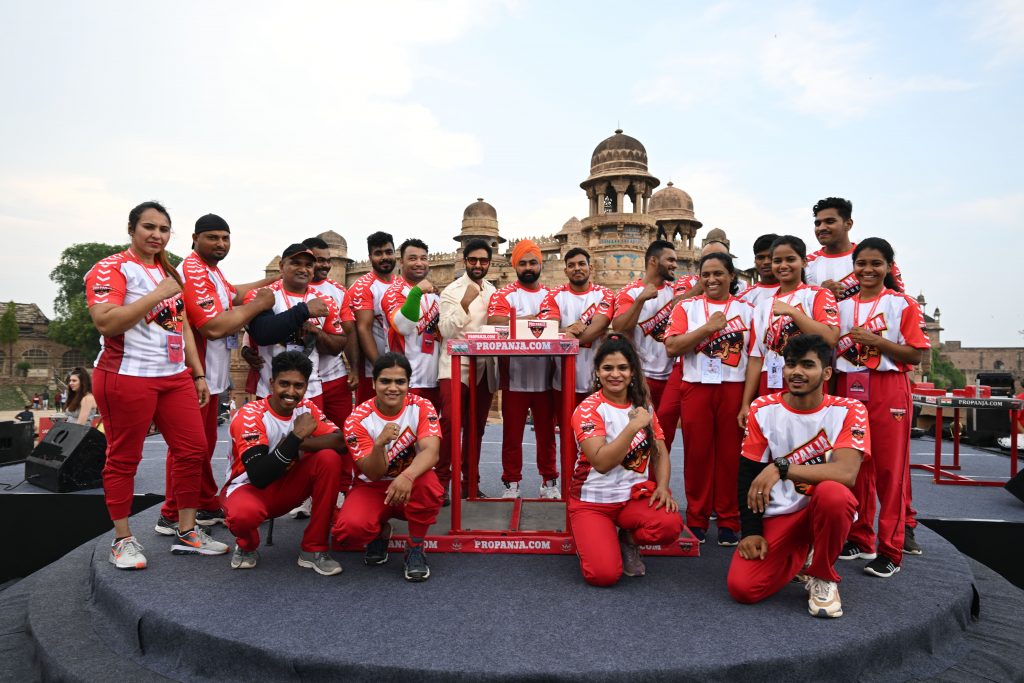 Arm-wrestling fans in India are in for a treat as Asia’s biggest professional arm-wrestling promotion, Pro Panja League has signed on with the prestigious DD Sports as the official broadcast partner for the upcoming first season. The league, which will witness 6 teams comprising arm-wrestlers from all over India competing across multiple weight categories, is set to take place in the first quarter of 2023.

Since its inception in 2020, Pro Panja League has held a couple of Ranking tournaments, multiple Mega Matches and several promotional events across the country. The arm-wrestling promotion, launched by Bollywood actors/producers Mr Parvin Dabas and Ms Preeti Jhangiani aims to spread the sport across the country, giving viewers a chance to view the sport at a professional level for the first time in India.

With Panja having a huge mass appeal and deep roots across multiple regions in India, there is a perfect synergy between Pro Panja League and DD Sports. The channel covers approximately 230 million households and has exposure across urban India and a huge presence in Tier 1, Tier 2 and beyond.

Speaking on the partnership, Pro Panja League Co-Owner Mr Parvin Dabas said, “It’s a matter of huge pride for us at Pro Panja League to be partnering with DD Sports to broadcast the League as DD Sports reaches out to every corner of the country and that’s what we’re aiming to do with the sport of Arm-Wrestling, to re-introduce and strengthen it in every corner of India from the North East to J&K to Kerala and it’s interesting to note that the sport has got quite a following in a lot of Indian States already. We thank DD Sports for placing their faith in us and together we plan on scripting a dream debut for our first season.”

Expanding further on the collaboration, Prasar Bharati CEO and Doordarshan DG Shri Mayank Kumar Agrawal said, “We are pleased to partner with Pro Panja League for its first season exclusively on DD Sports. We wish to bring in all the strengths of Doordarshan to reach out to the entire universe of 230 million television households in the country. We wish Pro Panja League the very best and look forward to this journey together.”

Pro Panja League is the only league in the country which has categories across men’s, women’s and physically challenged divisions and is sanctioned by the Indian Arm-Wrestling Federation.