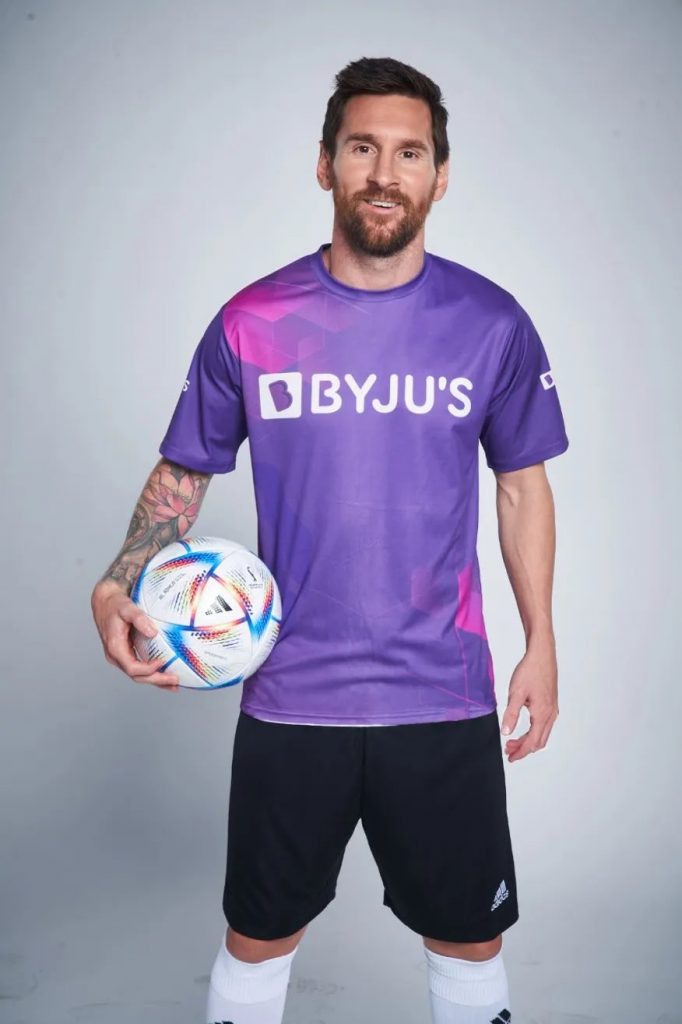 BYJU’S today announced football star and global sports icon Lionel “Leo” Messi as the first global brand ambassador of its social impact arm, Education For All. Messi, who plays for Paris Saint-Germain and captains the Argentinian football team, has signed an agreement with BYJU’S to promote the cause of equitable education.

This association with one of the world’s most popular sportspersons is in sync with the expanding global footprint of BYJU’S and its commitment to make education accessible, equitable, and affordable for all. Earlier this year, BYJU’S became the official sponsor of the FIFA World Cup 2022™️ in Qatar. Football has roughly 3.5 billion fans worldwide, and Lionel Messi has a social media following of nearly 450 million. The long-term engagement, which begins as Lionel Messi embarks on his final campaign to win the FIFA World Cup 2022™️ as captain of Argentina’s national football team, will see him feature in campaigns promoting BYJU’S Education For All.

BYJU’S sees Lionel Messi as ‘The Greatest Learner of All Time’ whose passion for continuous learning has redefined the meaning of what is possible in football.
Widely acknowledged as the world’s best passer, the best dribbler, and the best free-kick taker, the seven-time Ballon d’Or winner attributes his success to his commitment to learn more every day. BYJU’S believes Messi will be an ideal mentor for hundreds of millions of young people around the world through his unwavering work ethic, study of the game, and love for learning.

Commenting on this announcement, Divya Gokulnath, Co-founder of BYJU’S, said, “We are honoured and excited to collaborate with Lionel Messi as our global ambassador. He is a once-in-a-generation talent whose pursuit of excellence, all-in mentality, humility, and reliability resonate deeply with BYJU’S brand values. He rose from the grassroots to become one of the most successful sportspersons ever. That is the kind of opportunity that BYJU’S Education For All wants to create for the nearly 5.5 million children it currently empowers. No one represents the power of enhancing human potential more than Lionel Messi. It is not really surprising that the greatest player of all time is also the greatest learner of all time. I am sure this partnership will inspire millions of people around the world to dream bigger and learn better. As football fans know, with Messi on your side anything is possible.”

Lionel Messi too expressed confidence that his partnership with BYJU’S Education For All will inspire young learners across the world. He said, “I chose to partner with BYJU’S because their mission to make everyone fall in love with learning perfectly aligns with my values. High-quality education changes lives, and BYJU’S has transformed the career paths of millions of students worldwide. I hope to inspire young learners to reach and remain at the top.” Messi also runs his own charitable organization, the Leo Messi Foundation, which was born in 2007 with the idea that children should all have the same opportunities to realise their dreams