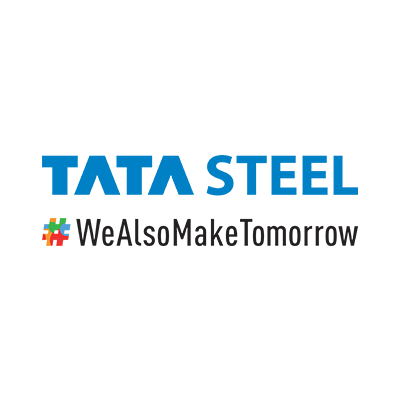 The FIH Men’s World Cup is the pinnacle of men’s hockey tournaments. The 15th edition of the esteemed event will take place in Bhubaneswar and Rourkela from January 13 to January 29, 2023.

Speaking on the occasion, Chanakya Chaudhary, Vice President, Corporate Services, Tata Steel, said: “As a committed and long-term patron of sports in India, Tata Steel takes pride in being associated with the Hockey Men’s World Cup once again. The state of Odisha has come to be recognised as a hub of the National sport, and Tata Steel is honoured to be part of the journey. We wish the tournament all the very best and hope it would encourage more youngsters to take up this sport in the future.”

“We are delighted to welcome Tata Steel into our family as an Official Partner for the FIH Odisha Hockey Men’s World Cup 2023 Bhubaneswar – Rourkela. Tata Steel has made tremendous contribution in promoting Indian hockey, elevating the sport to new heights, and making this World Cup even greater. We look forward to a fruitful association.” said Hockey India President Dilip Tirkey on the collaboration.

The FIH Odisha Hockey Men’s World Cup 2023 Bhubaneswar – Rourkela will be the fourth time that India will be hosting the prestigious tournament after having played hosts in 1982 in Bombay, 2010 in New Delhi, and 2018 in Odisha. A total of 16 nations will take part in the tournament.

This journey started with the Naval Tata Hockey Academy which was founded in the year 2017 as a state-of-the-art facility to enable budding field hockey talent at the grassroot level in Jamshedpur, Jharkhand. Currently, there are around 65+ centres of grassroot programmes with 3000+ cadets run by Collectives for Integrated Livelihood Initiatives in the interiors of 3 districts of Jharkhand. In addition to this, 9 centres are being run by Tata Steel Foundation in the interiors of other districts of the State with 300+ cadets. These talented cadets from the grassroot centres are promoted to the Regional Development Centre, where they are given advanced training along with a better pitch and match exposure at state levels. After a certain age, these cadets have a chance to join the Naval Tata Hockey Academy- Jamshedpur and Odisha Naval Tata Hockey High-Performance Center, where they are also trained for the selection trials of reputed Hockey academies in India and Sports Authority of India Centres.

Furthermore, The Odisha Naval Tata Hockey High-Performance Centre (HPC), an initiative of the Sports Department, Government of Odisha, in partnership with Tata Steel & Tata Trusts was inaugurated in 2019. The HPC has grown in stature over the years and has its roots in 14 centres spread across 6 districts of the State. Around 2200 young trainees are groomed in these centres by 30 experienced coaches. The testimony to the efforts of the hockey HPC & its grassroot programmes in Odisha comes from the selection of 6 cadets in the Indian National Junior women camp in the last 12 months. Moreover, four girls have already made their international debut for the country in the junior women category.

‘Sports is a way of life’ at Tata Steel, and the Company has been one of the foremost corporate promoters for sports in India, and has built various academies for sports like football, archery, athletics, hockey and sport climbing. The Company is committed towards fostering sports culture amongst youth and enabling the country to compete at the highest level internationally.